You’ve likely worn one at some point in your life, or seen someone who has, but have you ever given much thought to the ankle bracelet, otherwise known as the anklet? It’s an often overlooked type of jewelry that doesn’t get much attention. But we think that should change!

Anklets aren’t just a fun and unique way to wear jewelry, they actually have a long history and meaning behind them. While their popularity tends to rise and fall through the years, they have remained a fairly significant part of jewelry trends over the decades.

If you’ve never given it much thought, or even if you have, today you can learn all about the anklet meaning, as well as how to style them!

What is an Anklet?

In case you need a quick refresher, an anklet is simply an ankle bracelet! Pretty much any standard bracelet can be worn as an anklet, assuming that the sizing is correct. Your bracelet size and anklet size is more than likely not going to be the same, in the majority of cases, you will need a larger size anklet than you will a bracelet.

While there are all sorts of different anklets out there, most popular styles tend to be simple chains that feature a single charm or pendant. Given the location on the ankle, more elaborate styles are more difficult to wear. However, don’t let that stop you! If you can fit the bracelet on your ankle, it’s an anklet!

So, where do you find the first anklets? Go all the way back around 4,500 years to the ancient civilization of Mesopotamia. To be more exact, anklets were found in Sumerian tombs that were excavated from that region. Likely, the anklets were made of differing types of stones and metals.

Since then, anklets remained popular in Eastern culture to signify various things like your marriage or social status. In India, married women would wear anklets to signify their marital status. Usually, their anklets would have several charms on them so that you could hear the woman as she was walking.

Some think that this was on purpose so that their husbands and other family members would know she was coming and would know to welcome her and not say anything bad that she could overhear.

In other places, like ancient Egypt, anklets were worn to show off your social status. The more elaborate the jewelry piece, the more well off the woman was. This usually also meant that she was married to someone wealthy.

To contrast that, the slaves in ancient Egypt would wear anklets that were made of leather or even just string. If you were a “middle class” citizen you might wear an anklet made of iron or possibly silver. Gold was reserved for the upper class.

As you likely already know, anklets today have spread to western culture and are worn by people all over the world. While some traditions remain in places like India, where women still usually wear an anklet as part of their bridal jewelry, they are not as closely associated with these traditions and meanings.

Imagine if today instead of wearing engagement rings we wore anklets! Things have certainly changed, but that doesn’t mean that there aren’t any modern meanings associated with ankle bracelets. In particular, some people believe that there is a difference if you wear an anklet on your left or your right ankle.

If you wear it on your left ankle, some people believe that you are signifying that you are married but in an open relationship. However, this belief is not followed nearly as closely as traditions dating back centuries.

Overall, in western culture, the modern-day meaning is pretty much the same as a bracelet or other piece of jewelry – it’s an accessory that some people like to wear, and that’s it! If you are interested in wearing an anklet, you shouldn’t worry about what message you might be trying to send.

As for styling an anklet, the main point to consider is how you will show it off. It should come as no surprise that most people wear them in warmer climates, or during warmer months so that they can be seen. While you can wear them with just about any type of shoe, more open shoes like sandals will show off your anklet even more.

If you are interested in wearing one with charms, do keep in mind that you will make noise when you walk. For that reason, we recommend a more simple anklet style with either no charms or only one. Your coworkers might eventually get annoyed if they hear you every time you walk somewhere.

Other than that, you have a lot of freedom when it comes to anklets. Do make sure you get the right size so that you don’t cut off circulation to your foot. Have fun with this unique accessory and don’t be afraid to wear more than one anklet, and maybe even mix the metal types. Get creative!

While anklets did have serious meanings dating back centuries, today most of those meanings have gone away. While in India, an ankle bracelet was worn to symbolize marriage, and in Ancient Egypt, they were worn to show off your social status, today anklets are worn the way people wear almost any other type of jewelry – because they want to!

Anklets might come and go in terms of popularity, but we personally think they are a fun way to accessorize, especially during the spring and summer. If you are someone who likes to wear bracelets, why not try out an anklet this summer to mix things up?

What are your thoughts on anklets – do they seem like cool accessories, or will you stick to more common forms of jewelry? Let us know! 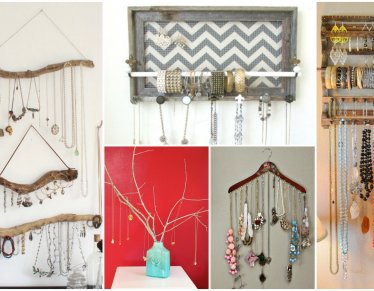